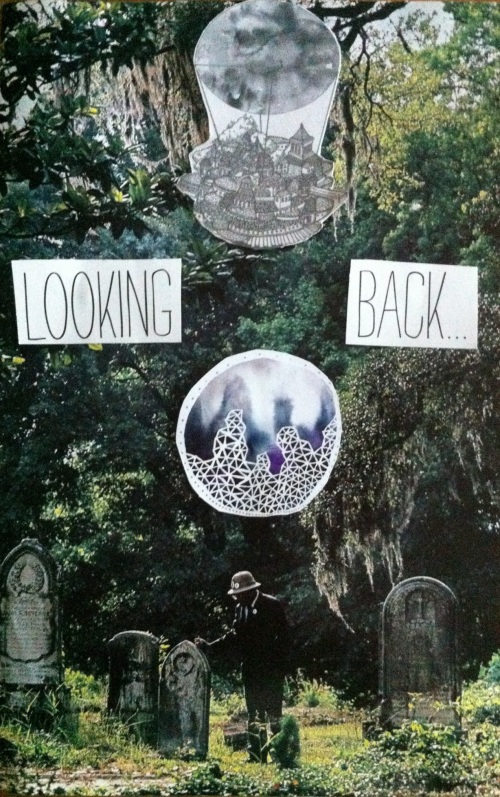 I seem to have become one of those people who is always looking back. I like to sift through memories as if they were a collection of things that I had had the time to card catalogue. Some of them are water stained, with most of the important details blurred into ink hieroglyphs that I can no longer read, but those colours! The colours of the memory still fill me up until I can almost taste the potency of longing; sometimes it tastes like beer and liquid honey, other times it tastes like milk and sugar. Some of them have crass words scrawled across them in black ball point pen, in a moment of quick, teenage anger. Some of them are shrouded in smoke, or blackened at the edges. Some of them never really happened at all, but I let them feel their way in around the edges of duller moments.

If it were up to me, time would not move so linear beneath my feet; I just wouldn’t allow it. It would surround me as a collection of spheres, dripping with all the richness my indulgence in nostalgia could afford, and I could move in and out of them as freely and easily as I wished.  Each one would have its own distinct colour palette and wavelength of light, and as all the components of that sliver of time begin to leap into waking life, the cerulean blue would change to dusk violet, and the violet into a soft green the colour of mermaid hair. I would be overcome by a feeling of being poured into something, a wide round space the size of a small planet, Pluto perhaps. I would be left to enjoy that feeling, the feeling of being a weightless, boneless mass, for a moment or two.
And then it would all just tumble out, from the sphere as it breaks apart above my head like split fruit, and I would let it wash over me, and I would live it again. And again. And again.